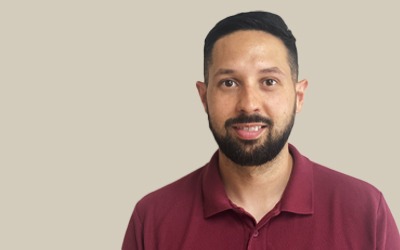 Damon initially graduated from Hull University in 2010 in BSc Sports Rehabilitation which led to a career in professional football at Middlesbrough FC, Scunthorpe United and then Doncaster Rovers for a number of years. Damon then graduated from Sheffield Hallam in 2017 with a First Class Hons degrees in BSc Physiotherapy. In 2017, Damon started work at DBTH (Doncaster and Bassetlaw Teaching Hospital) as a rotational physiotherapist: with experience in Acute Inpatients/ Surgical, MSK Adults, Orthopaedics, Inpatient Rehab, Respiratory and Paediatrics. This has led to valuable experience in treating common MSK pathologies and post operative care/ rehabilitation.

Throughout his study at Sheffield Hallam and whilst working for DBTH during the day, Damon continued to work for Doncaster Rovers Academy U9-U21s on evening and weekends: covering pitch side training and matchday activities as well as running an injury / rehabilitation clinic. During his time in football Damon has travelled to both national and international tournaments to provide medical cover and physiotherapy management. This has developed Damon’s ability to assess both acute sporting injuries but also to develop clear and progressive rehabilitation programs.

In 2018, Damon took up a role as Specialist Paediatric Physiotherapist at DBTH which included treating patients in MSK outpatients, Long term neurological conditions, development delays, plagiocephaly/ torticollis and positional talipes, treating acute respiratory paediatric patients and acute post operative care. Including the management and treatment from sporting and overuse injuries including Osgood Schlatters and Severs Disease and long term pathologies such as Perthes and SUFE.

Damon left the NHS and joined the Chapmans Team in August 2022 with a depth of knowledge in treating adults and children.